In the previous clases, we read about the Berlin Blockade. Lenny, our History teacher, adked us to complete a chart and answer some questions using the information gathered. This is my chart and my answers: 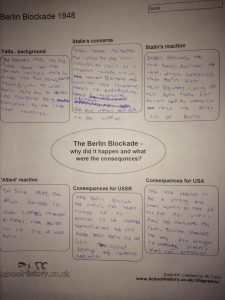