Some weeks ago, we started reading about the Big Three, what did they wanted as a compensation, their views about the fourteen points and which punishment did they want for Germany.

Luz Esteban, Tomás Braun and I did this conversation about the tasks already written:

Finally, what I think about this project is that it was different from the normal ones and it was good to do it because I feel that I had learnt more because when you record the conversation you understand what you are saying and this makes you learn more about it.

The thing that I liked the most about this project is what I´ve just said, that reading the topic, analyzing it, writing the dialogue, checking the mistakes and finally recording it, makes you know a lot about it and this helps you also for the term test or If you are having an exam about it, because you remember a lot from what you have read, analyzed, wrote, checked and recorded.

If I would have to change something from this project if the class from Senior 1 next year were going to do it again, I wouldn´t change anything from the project, however, I would add, in a lesson, a moment in which we share and correct each of them so that we can understand what we have done wrong and what we have to improve from the three tasks.

Essay Question: In “Games at Twilight” mood and atmosphere play an important role. Comment closely on this.

ESSAY WRITING:
In this story written by Anita Desai the mood changes. Focusing on Ravi´s feelings, the narrator explains and describes the moody atmosphere.

At the beginning, the author describes the suffocating weather which anticipates the plot and its development. To express this, he uses deathly adjectives such as “Oppressing” and “suffocating”. The description of the birds: “Still drooped”, fruits: “dead”, squirrels: “lay limp”, dogs: “lay stretched” makes the reader feel the atmosphere of death.

The mood first changes when Ravi enters the shed. He starts feeling scared because of the “ Dark”, “Depressing mortuary”, “Yellow dust” and “spooky” shed. This horrifying place made the kid feel different emotions such as “fear” and “weirdness”. In addition, Ravi´s feelings about Raghu change from being a threat to protection, this means, that, at first, he wanted Raghu to be away because if not he would find him. Later on, he realizes that he is in a horrifying place and Ravi feels protected or sheltered by Raghu.

When he gets out of the shed, the second and last change of mood happens. This kid realizes that it was “twilight” and he has to get out of that odd place. When he goes to “touch the den”, he learns that he is not so important for everyone and his “insignificance”, which means that none of his friends cared about his existence. Those feelings are connected to the theme; growing up and maturing is painful. The deathly and gloomy adjectives are used to express the kid’s death of childhood and Innocence.

All in all, the mood changes throughout the story showing and comparing Ravi´s feelings with the mood and atmosphere.

1-Ravi wants to be mature, win the game and be like the older kids.

2-Ravi hides in the shed, he passed the limits of the Veranda and porch that her mother had previously put.

3-The dare in this story happens when Ravi has to deal to hide in the spooky, odd and queer shed.

Conclusion: He didn’t mature nor complete the rite of passage.

1- Tommy’s unreachable thing is to save the girl from being a thief. He thinks that his life has a purpose but he doesn’t understand that the one that needs help is him.

2- Tommy’s trespassing moment is when he bought a slot machine without asking Rosa or her father.

3- Tommy’s dare is to save the girl from being a thief. He thinks that his life has a purpose now.

4- There is no element four because he didn’t confess with matureness. He hit Rosa lika an immature.

5- There is no element five because he didn’t understand that the girl is just a girl and not a thief and he is the one that needs help.

Conclusion: He didn’t mature nor comple the rite of passage.

1- ‘»You are dead» he said with satisfaction.’ This foreshadows Ravi’s death of innocence and chilhood in the end.

The chanting that the kids are doing outside the shed foreshadows that they dont care about him.

When Ravi hears tha Manu has been caught that foreshadows that he will be the next.

Prison: «He felt he ought to do someting for her, warn her to cut it out before she got trapped and fouled up her life before it got started». This quotations shows how Tommy sees her future reflected on his life. He wanted to warn her because she would end up being a thief. However, he couldn’t see the truth, he was the one who needed help.

Games at Twilight: One of the epiphanies in Games at Twilight happens at the end, when Ravi realises that he was a kid, that none of his friends care about him and that he had to mature.

Also, when he ralizes that he has been daydreaming and that he has to get out of the shed and go and touch the den.

Prison: The epiphanic moment in Prison happens when Tommy realises that his mind was a prison. He couldn’t get out of it and take his own decisions. He didn’t have the faith nor security to do it. A great quotation which explains it is this one: «You could never see the sky outside or the ocean because you were in a prison, except nobody called it a prison». This happens when he is about to fell asleep.

Today, in our writing skills class, Pilar asked us to start doing a quiz of the story «Mr. Loveday little outing».

This is what Tomas Braun and I did:

Hope you liked it!

Today in the class of Language we played a game with vocabulary in groups and after it, Laura, told us to do this activity:

For the following words find:

1)A light stroke with the hand.

2)He gave Joey a friendly pat. 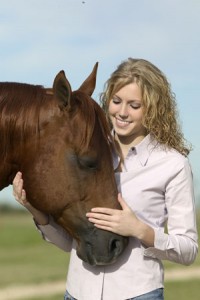 1)To walk with faster pace.

2)Joey trotted in the large space he had. 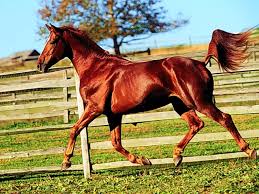 1) To walk in a structured or military way. 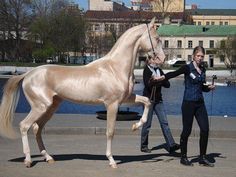 1)To have one´s head fall forward when drowsy or asleep. 1) To look keenly or with difficult at someone or something. 1)To smell by short inhalations.

2)While Joey was marching, he could sniff the smell of damp dirt. 2)Joey neighed a lot when he was separated from his mother. 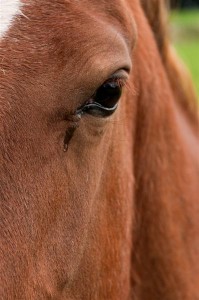 2)While Joey was being transported by ship, he felt sick all the trip and he tossed up sometimes. 1)to move along by twisting and turning the body.

2)When the three man caught Joey, he tried to whisk out by kicking and wriggling. 1) War guilt.Explain the arguments FOR and AGAINST this term.

2) Which term followed War Guilt? How much would it be today? What consequences/impact did it have on Germany?

3) Why were the victors planning to prevent a future war with Germany in the Treaty?

4) What territorial losses did Germany have to face? What happened to the German colonies? What did Wilson dislike about this?

5) Which new nations were created after WW1?

1) The argument of “ War Guilt” meant that Germany was blameworthy for the war. The argument which for or in the side of it is that in late July, early August of 1914, it didn´t take so much for Germany to declare war on Russia, then on France and finally invade Belgium. This means that Germany was eager to do this.  An argument which is against it says that she didn´t start the war, that there were other events such as the assassination of the Archduke, the great rivalry between Austria-Hungary and Serbia or even the mobilization of Russia which made, for the people against this term, start the war.

2) Because of all the damage that Germany had caused, she had to pay it with reparations in money, gold and resources. They had to pay 400B dollars in two thousand thirteen money because of the growth of the value of the dolar. People make questions not only if this reparations affected Germany in the Economy but also how humiliating for them was. Also, the victors, limited the quantity of soldiers and prohibited the use of any kind of military artillery.

3) The reason of why did the victors were planning to prevent a future war with Germany in the treaty is because, maybe, in the future, Germany would grow in strengthen and want revenge over them.

4) Germany had to face the lost of Poland, who cut of Germany into two pieces and also a lot of colonies around the world, in Africa, in the Pacific and they even had a colony in China which was given, joined with their others colonies, to the allies. Wilson Woodrow dislikes the distribution of the territory from one Empire to the other one because he wanted those territories to have self-determination.
5) The end of WW1 made Empires such as the Russian and the A-H disappear. Also, a lot of treaties established the independence of new countries, however, the countries which the video mentions that appear at the end of WW1 were: Hungary, Austria, Czechoslovakia, Yugoslavia and some countries of Eastern Europe which would, later, become part of the URSS.