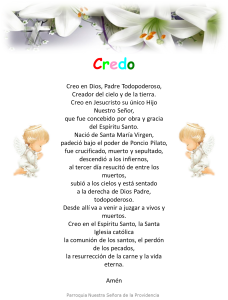 This is the video, the picture and the presentation that Pato showed us about Essays and Introducing Quotations.

The picture is about the organization of paragraphs in an Essay.

The video and the presentation are about introducing quotations.

For the next class of Literature, Tuesday 29th we have to find and show evidence of the romantic characteristics that appear in «The Clod and the Pebble».

1- Imagination: This one is the main one because this poem is based in the imagination of William Blake. He makes a Clod and a Pebble talk and express their feelings. You need to have a big imagination to think about this at the moment you are thinking how are you going to explain what is love and their points of view.

2- Emotion: Obviously, in this poem it appears emotion. He shows emotion when you read it. When he talks about that love is good and positive he uses a lot of emotion to explain it. For example in this part of the first stanza he shows emotion: » But for another gives its ease, and builds a Heaven in hell´s despair».

3-Nature: Their is nature. Because their is personification when the Clod and the Pebble talk and give their opinions. This it is shown in the second stanza when the protagonists are introduced.

4- Passion: Their is passion when the Clod speaks and tells that love is excellent it makes you feel happy if the others are happy. This shows you that he is very passionated with love.

5- Symbolism: It is symbolism when the character uses a Clod and a Pebble as the main characters. Symbolism appears when you look at the meaning of the word and compare it with the meaning that is connected with the poem. For example: A Pebble is solid and not flexible, this means that doesn´t change his opinion. A clod is kneadable.

6- Supernatural: Usually, in poems there is always things that are supernatural. In this one their are many. Some examples are: The protagonists are objects which talk. They said that love can make a heaven a hell or vice versa.

Their are six romantic characteristic. As we can se this is a very romantic poem.

As homework for the Monday 21st we had to talk about horses.

Horses are known as mammals. A horse is a big and very tall animal. One of their abilities is their strength and skill to run. They have very big and pretty eyes. They also have big ears which are good at knowing from where does the noise come and at magnifying sound. In addition, the sense of smell is the primary way that horses use to recognize between them. Finally, they use their sense of taste to avoid eating such as horrible and poisonous food or water. They had lived on earth for more than 50 million of years according the American museum of Natural History. Horses have four speeds called Gaits. The first one is walking, the second one is trot(a little faster than walk), the third one is canter(much faster than trot) and the last one is to gallop that is the horse´s faster gait. Horses help people to learn. When you interact with a horse you can see their reactions so you reflect of how you control your reactions. In this way, a horse is helping you to be a better person.

Horses, and animals, are trained by people to use them in many sports such as Polo, horse races, horse riding and many other things. Also humans train horses to show them the respect they should have with people. People, to train them, should also show them they respect them so horses does it too.

A horse has many characteristics which you can use to describe it because they are one of the best animals in the world. They have many adjectives that can describe them in a good way. For example, they are brave, smart, beautiful, sociable. It is an excellent animal. That´s why you can have a great relationship with them.

These are some tips I recommend you to use if you want to approach and get closer a horse:

These are the mainly important things you should teach a horse:

This is the picture that Laura show us in her blog and I want to share to you.

And this picture is the one I chose to show to you.

Today, in the class, we did this analysis about the poem «The clod and the pebble».

The clod and the pebble from MatiRipoll

These are my five important characteristics of Romanticism:

1- Imagination. It is the most important characteristic. It´s the center point in the poetry. Imagination take us to all in poetry.

2- Emotion. It is also one of the most important in poetry because you express emotion throughout words.

3- Importance of nature. The nature is a respite of the technological and unreal world we live now. And that makes it an important characteristic because it separates you of technology.

4- Pastoral life. The romantic poetry tries to show you the problems of life in a simple and easy way.

5- Symbolism. The symbolism is a way of telling something huge in a small way. Is the way of obtain different meanings of one expression. 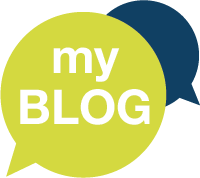